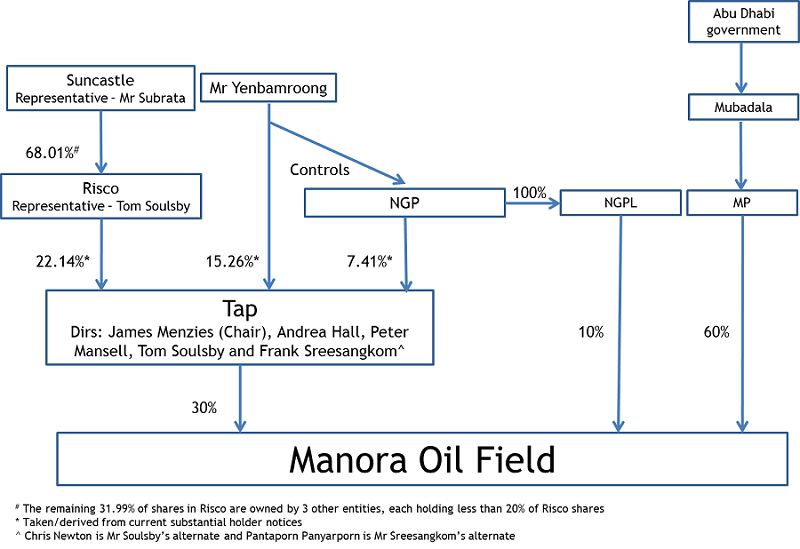 Controller of Risco's shareholding in Tap

2 - Copying someone who appears to be a representative of NGP

3 - Mr Yenbamroong sent a subsequent WhatsApp message to Mr Menzies on 7 October 2017 stating "The content of my reply to your email is very clear.  NGP is not aware of the actions taken by Risco and the contents of Dany's email are his own personal views"

4 - Neither Mr Subtrata's nor Suncastle's responses disclosed information regarding any persons who have given them instructions in relation to the acquisition, disposal, exercise of voting or other rights, or any other matter relating to Risco's shares in Tap

5 - The General Manager and Chief Financial Officer of Tap

6 - Which he was calling as a director of Tap in accordance with s249CA.  Unless otherwise specified, all statutory references are to the Corporations Act 2001 (Cth) (as modified by ASIC) and all terms used in Chapter 6 or 6C have the meaning given in the relevant Chapter