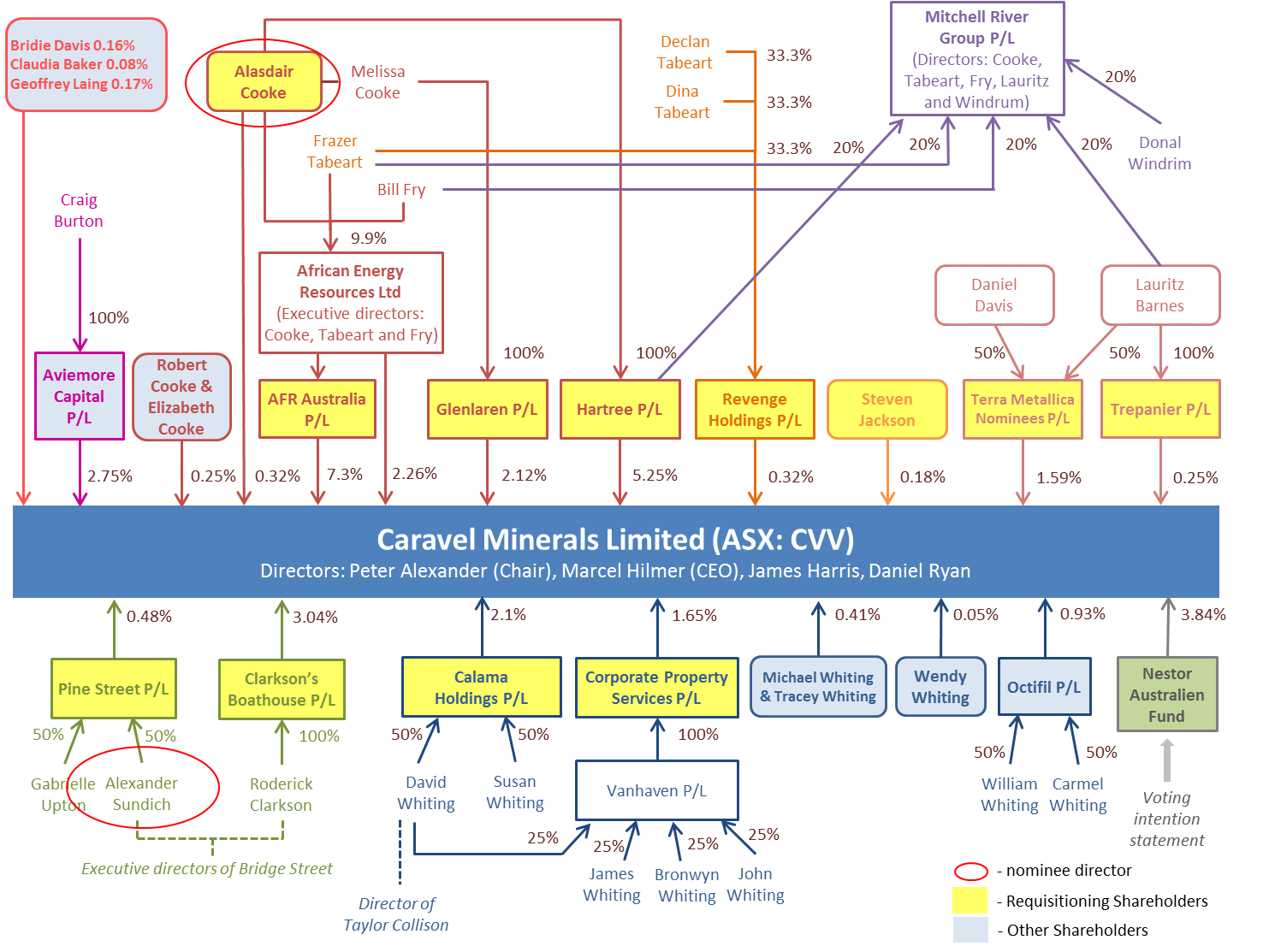 1 - Unless otherwise indicated, all statutory references are to the Corporations Act 2001 (Cth), and all terms used in Chapter 6 or 6C have the meaning given in the relevant Chapter (as modified by ASIC)

7 - With the exception of Mr Sundich who, as a nominee director, received and commented on drafts of the Support Statement (copying Mr Clarkson)

9 - While the s249D Notice does not describe any potential association between the MRG related shareholders or the other information required by s671B, other Caravel shareholders have been made aware of the shareholders who have requisitioned the meeting

12 - We note that Caravel submitted that to the extent any orders made by us overlap the orders sought by Caravel from the court, the request for the relevant court orders would be withdrawn by Caravel